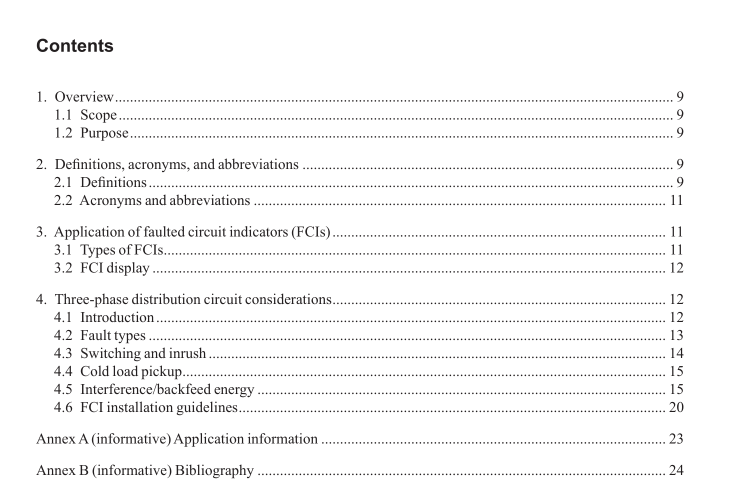 IEEE Std 2746 pdf download IEEE Guide for Evaluatng AC Interference on Linear Facilites Co-Located Near Transmission Lines
4.2.4 Transmission line operating scenarios Generally, concerns associated with ac interference may be divided into two transmission line operating scenarios. Typical operation for a transmission line, described as steady-state operation, generally consists of a steady flow of current that varies throughout the day, resulting in near-constant effects on the co-located facility. The second scenario is the faulted state of the transmission line, which usually consists of significantly higher current magnitudes for a short duration of time before the fault current is interrupted by circuit protective devices. Concerns for equipment, human and/or livestock protection are evaluated for both transmission line operating conditions.
4.2.4.1 Steady-state transmission line operation In an integrated power system, generation and demand vary substantially on an hourly, daily, and monthly basis; these variations are reflected in the loading carried by the transmission lines. As such, it is important to determine what loading condition to use when ac interference to adjacent linear facilities is of concern since any variation in the line loading directly affects the induced voltages transferred to the facility.
For inductive coupling in multi-phase transmission systems, each current-carrying phase contributes magnetic fux at the co-located facility, and the net fux acting on the facility is the vector sum of each phase’s contribution. When the distance between the co-located facility and the transmission line is much larger than the distance between transmission line phases, the net fux from the three phases is similar to the net fux from a single conductor carrying an equivalent net current of all three phases.
In other words, at relatively large distance from the co-located objects, each phase induces voltages that are nearly equal in magnitude and 120° out of phase, resulting in some cancellation under normal circumstances. Greater current fow on a line results in greater inductive coupling. Additionally, the power system may change over the lifetime of the transmission lines: load growth, system reconfguration, outages, and expansions impact the load carried by a given transmission line. Therefore, both the present case and foreseen future cases are considered when performing ac interference studies. There may be cases where the addition of a new transmission line alleviates the loading of other lines, while in some other cases load growth can result in increased line loading.
The following subclauses describe steady-state scenarios to be considered for transmission line loading.
4.2.4.1.1 Present day loading Historical values for line loading are often tracked and recorded by utilities at a given sampling frequency, e.g., every hour. Historical data from the past one or two years may be a good indicator for characterizing the present-day loading scenario. A cumulative distribution function (CDF) can be calculated using the historical data, which can then be used with statistical methods to evaluate likelihood of given loading conditions. An example using actual transmission line data is shown in Figure 3.
This time-weighted distribution of loading allows the engineer to examine the ac interference issue with a more accurate long-term representation, instead of considering a single worst-case (often overly-conservative) scenario. For instance, if the probability of a person contacting the co-located facility during maximum line loading is low, one might use a very high percentile loading for assessing hazards. However, if people contact the co-located facility frequently (e.g., on a pedestrian handrail used a daily basis), then the maximum recorded transmission line loading may be more appropriate to consider.
When equipment protection and integrity is of concern, the nature of the interference determines what line loading condition to use. For instance, if interference with railway signaling is of concern, the maximum recorded line loading is used, since even a short duration of induced voltage exposure may cause signifcant issues. Conversely, pipeline ac corrosion (i.e., ac leakage current through a holiday coating imperfection that causes degradation of the metallic pipeline wall) is a cumulative effect over long durations of time, so short- duration, high-load conditions are less impactful than the average loading throughout the year. See 5.5.1.2 for additional discussion related to ac corrosion for buried pipelines.

This is the latest. 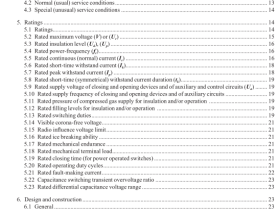